It was a Saturday, that I know for sure. A Saturday on the first day of June, where I worked diligently to get my cafe in order before I went home for the day. I was loading a dish washer filled with mugs to be sanitized, counting down the seconds until I could remove my apron and head home. And that’s when I heard it, “Can I speak to your manager?” The voice. The phrase. The moment. Jacob P(hucking) Smithsonian the Eighth. Standing there before one of my baristas, hellbent on causing global destruction.

No. I told him no. How dare he. And Ashley. And Molly. Arrive there, on that day. The day of my daughter’s wedding. And ask a favor of MY barista? To that, I say no. But, that is how my day started. It was the end of an eight hour spiral into hell and the start of some hot fresh sassy content. It was the day we went to the Hacienda Brewing Co. grand opening in a neighborhood I avoid like the goddamn plague.

We did pre-game at 1840 Brewing in Bay View, which is a place that should probably get a post at some point. I love 1840. They have great beers. We’ve been there a few times now. But I haven’t actually ever dedicated time to even considering writing about them because I am not a Good Blogger™. But one day. Hopefully sooner rather than later. You know how things can change around here at the drop of a hat without notice.

Sorry, but anyways, that’s not what this post is about, though it hundo p should be. This post is about what we did after going to the ever-delightful Bay View brewery. What we did was schlepp all the way tf to the East Side to hit up the Hacienda Brewing Co grand opening. 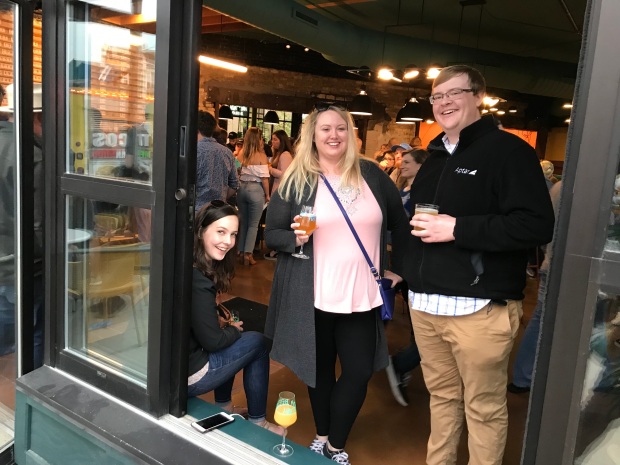 Alright fam, here’s where my Bay View bullshit is about to come out. Lemme start with the beers. It was bumpin’ in there, so we each had a grand total of ONE beer a person. Because it was so busy, which was to be expected it was a bitterly cold, rainy June day and everyone was squeezed inside a brand new brewery. Molly got the Tropi Choco. I think she liked it. I got the I’m Not a Doctor, which none of us liked. Jake got the Does Anyone Work around Here? Which, if memory serves, he also was not a fan of. And Ashely got There’s No Other Way, which I do believe we all liked. 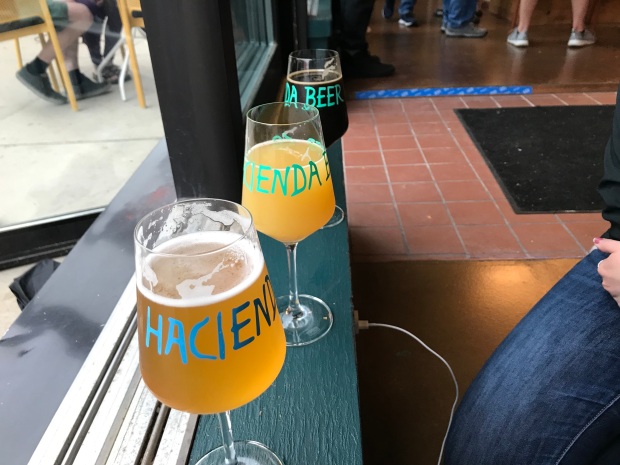 I think that we would have to go back to have a better sense of the beer, to be totally honest. But while we are on the topic of honesty, let me talk about why I’m not too eager to rush back up to the East Side. First and foremost, I am not an East Side person. Especially not that far up on the East Side. I feel old up there. I look old up there. It’s all college kids just bumble-fucking about, hoping to make friends, score weed, or get laid. None of which I really want to be around. Such an intense and frustrated energy those cargo shorted, Hawaiian shirted dude-bros carry with them into their bars, clubs, and pizza shops.

But second, this brewery really embodied something  that I am never super interested in. And, do forgive my old lady rant here for a brief moment in time, but I have to speak my peace before I die of old age and have to haunt y’all to accommodate my unfinished business. And here it is. What Old Lady Natalie has to say about her issues with Hacienda. It’s too Instagrammable. And that is coming from a person who runs Instagrams and routinely says things like “this is my aesthetic” or simply “aesthetic.” Everything is so perfectly tailored and manufactured and planned to be great on Instagram. And I know this because I have Instagrammed it. 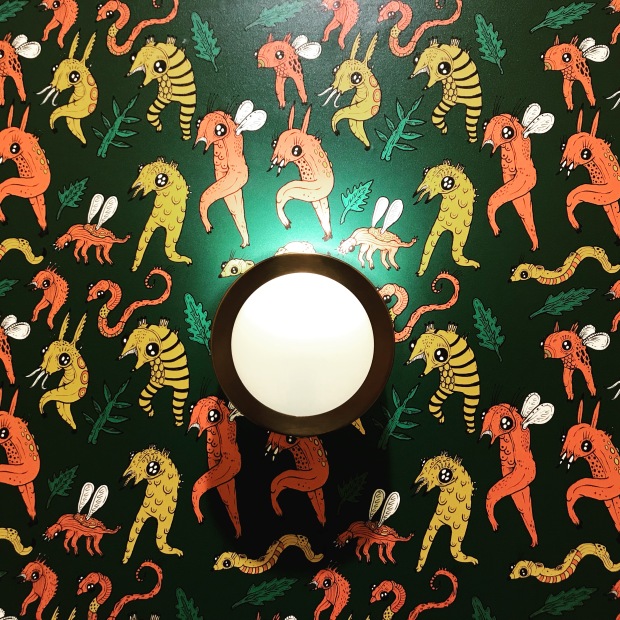 The lighting is good. The colors are visually pleasing with high contrast and funky colors. There are different prints and neons and shapes and patterns everywhere. The color schemes lend well to being highly saturated in a filter. And my cynicism does not allow me to enjoy this. It makes me think that this was all uniquely and intently manufactured to trick these 22 year old aspiring influencers to instagram the shit out of this place for free publicity. And you know what? It works. I instagrammed this place. I have now seen numerous friends and casual acquaintances instagram this place. It is just meant to be Instagrammed. It’s the Wonder Museum of Milwaukee breweries.

There. I said it.

And I think the thing that really gets me down on this and makes me want to rail against it so hard is that I don’t feel like any of the beers we had were good enough to let the place stand on it’s own. And I know that it’s a new-ish brewery and I should be forgiving, but I think that a lot of new breweries that do not have this ultra-instagrammable interior don’t have a chance to find their footing and find what makes their beers good and unique before they go under. And I understand that Hacienda is a subsidy of a larger brewery (Door County Brewing Co.), so they have the money and support behind them from the jump to offer these visually stunning taproom experiences, but I just feel like… it’s inauthentic. 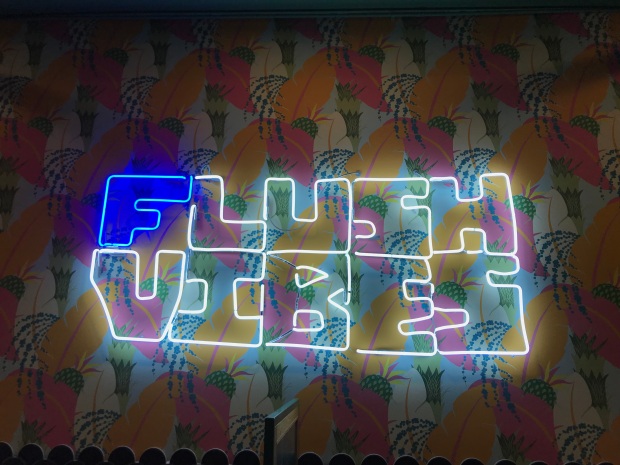 Fuck yeah, my friends. I said it! Inauthentic. If ever there was a drinking game to accompany my blog, it would be to take a drink every time I get on my high horse about authentic vs inauthentic experiences. This is exactly why I live in Bay View (for now, more on that later). Because I’m the asshole who thinks they have the right to decide what is and is not authentic. I do not have the right or authority to do so, but I do and I will continue to be an asshole about this until the day I die. I don’t know. I like the kitschy, weird, and unique drinking spaces, but I like them when they seem to have slowly evolved over time, collecting knickknacks and dust at equal measure. Not opening your doors and on day one you have this weird and wild look about you. That feels like it’s pandering. And again, inauthentic. It tricks you into feeling things that capitalism wants you to feel to force you into becoming a more valuable consumer. It’s a Don Draper like lie.

So, anyways. We went to Hacienda. I might go back if I have time. But I’m running out of time. We all are, in fact. But for right now, mine is more short than most. Remember what I said. I may live in Bay View, but only for now.

One thought on “Hacienda Brewing Co – Milwaukee’s East Side”